Bad Habits “The EyeDocs of Rock”

Give it up for this longtime band, which started playing together in 1987 when three of the current members were optometry students at The Ohio State University. Bassist Dr. Michael “Jules” Raies, drummer Dr. Tony Fenton, guitarist Dr. Pat Dollenmayer, keyboardist/guitarist Mark Schindler, and keyboardist Dr. Bob Glass have rocked the optometry convention circuit since 2000. They have performed at various Hard Rock Cafés, House of Blues and other famous venues around the U.S. and Canada over the past 23 years, and have also been an opening act for such classic rock bands as Lynyrd Skynyrd, Cheap Trick, 38 Special and Eddie Money. In June 2022, they had the honor of being joined on stage by the legendary Blues musician Buddy Guy in Chicago, at his Legends Blues Club. They have also performed at the Rock and Roll Hall of Fame in Cleveland twenty times since 2000! All the band members but Schindler are practicing Optometrists who look to rock as a way to have fun — and bring their fellow eye care pros along for the good times. 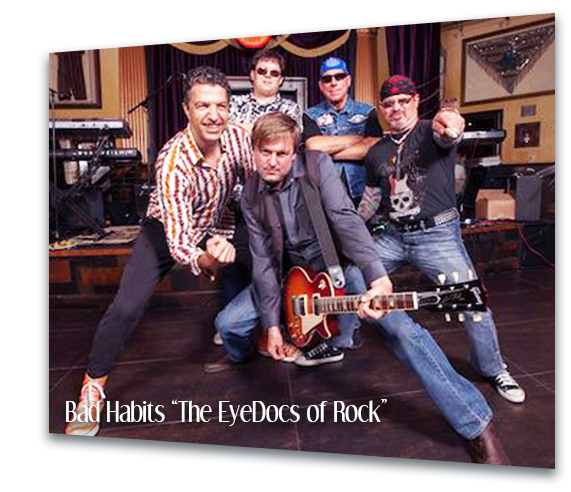